I bought Old Key West in November of 1991. They were still building the resort when we went to look at it. We had to wear hard hats when we walked outside because it was technically still a construction site. I think we paid $49 per point and the DVC membership came with park admission through 1999 (when you used your points). My wife and I were 30 years old at the time and had not had children yet.

Since then, we have added points at Boardwalk and Saratoga. That brings me to point number one. Everyone always says to “buy where you want to stay” and I totally agree. We love staying at the Boardwalk and have used our points there every year since it opened in 1996. BUY WHERE YOU WANT TO STAY!!

We have used our OKW points to stay at the BWV and BCV many times. However, you need to book the room at the 7-month mark and pray. Prayers don’t work during parts of the year. If you want to stay at either place during the Food and Wine festival or other holidays you will be unable to do so.

I have added BWV points on the resale market through Jason because that is where I often like to stay.

I can make my summer reservations at BWV and BC at the seven-month mark and usually do so. But, again, you never know until you go online or call the 800 number. I do both. I like to call for my reservations but will occasionally make them online. Online opens at 8:30 am and the call center opens at 9:00 am, so going online gives you an hour start.

If you make your reservations at OKW at 9 to 11 months out, except for the rare occasions, you will get what you want.

The resort is spread out and the room size is SPECTACULAR. I could live there. A two-bedroom villa is like an apartment and the one-bedroom worked great for us until the kids reached about 17 years old. The one bathroom became an issue for us. Since then, we have opted for the 2 bedroom villa, which has two bathrooms. Because the resort is spread out, I liked to have a car when we stay at OKW but now with the Minnie Vans, Magical Express, and Uber it is not as important to me anymore.

A big evolution of DVC is the type of units available.

Now, studios seem to be the most popular and book up the fastest. I understand that they give you the best bank for your point buck. In the beginning, the one-bedroom was the most difficult to get. So, if you want a studio, I would book at the 11-month mark every time and then adjust your reservations later if necessary.

The biggest negative about DVC is the length of time you have to plan in advance. In the beginning, it was not like this. I almost always booked at the 7 or 11-month mark and am rarely disappointed.

I hope this was helpful to you. DVC has worked out great for our family. We currently own nearly 1,500 points spread out over OKW, SS, and BWV. The reason I added SS points was because of the longer life. Those points expire 12 years after my OKW points and I wanted my kids to have extra usage. 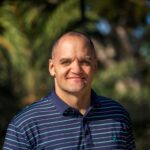 Thank you for submitting your form. We will be in touch with you as soon as possible.